High-flying careers in the airline industry don’t mean sky-high salaries for women, according to new research by Swansea University.

The gender pay gap within airlines is often attributed to the fact that men frequently carry out high technically skilled jobs such as pilots and mechanics, whereas women commonly work in customer service roles like cabin crew.

The gender pay gap is a key focus of a new paper, Women in Aviation, written by Geraint Harvey, Joceleyn Finniear and Mrinalini Greedharry, academics at Swansea University’s School of Management that has just been published in Research in Transportation Business and Management. 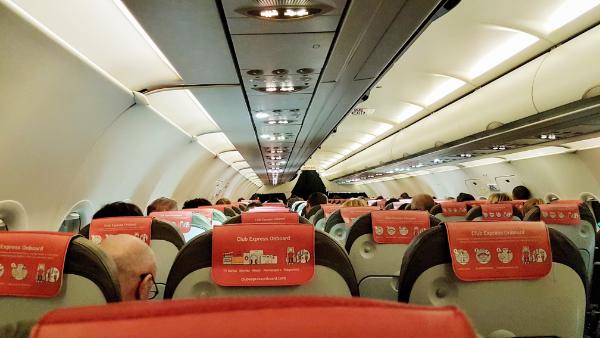 They argue that “the gendered nature of work in the industry means women commonly occupy lower skilled and less structurally important jobs, and as a consequence are more likely to experience insecurity in their work”.

The paper acknowledges that the duties carried out by cabin crew and other customer- facing roles – jobs often done by female staff - require a high degree of emotional labour, a skill not valued in the same way as the technical skill of a pilot.

Nonetheless, a key finding of the study is that a gender pay gap exists for cabin crew after controlling for contract type.

Analysing data from a comprehensive study undertaken in 2014 with support of the European Commission by Geraint Harvey and Peter Turnbull, from Bristol University, the School of Management team contrasted the salaries of male and female cabin crew from Italy, Norway, Sweden and the UK.

Their findings show that UK airlines are lagging behind some of their continental counterparts in terms of pay equality.

The analysis revealed little difference between the percentage of male and female cabin crew who reported a guaranteed income of €1,400 or more per month in Sweden and Norway, but a statistically significant difference in the UK.

The researchers discovered many of the staff were in the difficult position of having to endure the work-related pressures of a full-time role because part-time working wasn’t financially feasible.

They also found work insecurity caused by the rearrangement of shifts at short notice could have a detrimental effect on work-life balance and family commitments.

In analysing the terms and conditions of male and female workers in the industry and finding a deterioration for both groups, the academics concluded it is not so much a case that women do less well than men but that both groups are doing badly with women faring even worse.