How steel can be a great British success story

This article, written by Professor David Worsley, Research Director of Engineering and of SPECIFIC, was first published on The Conversation.

In January 2016, more than 1,000 UK job losses were announced at steel giant Tata, most of which were to be made at the Port Talbot plant in south Wales. What followed was a year of gloomy headlines, speculation and no real answers as to what would happen to the industry in Britain.

Some thought that it would be the end of Tata’s steel presence in the country – and the British industry as a whole – but this couldn’t have been further from the truth.

Steel is a 21st-century industry. It is essential for so many of the products that we use: buildings and transport, coins and cans.

It’s the basis for tomorrow’s technologies: at Swansea University we’ve just designed and built the UK’s first energy-positive classroom, which can generate its own heat and electrical power, and run off-grid. It’s made from new steel products which trap the sun’s energy and release it when required. We’re also testing new forms of steel, strengthened by tiny nano-structures, which make cars lighter and reduce emissions.

UK-wide, demand for steel remains strong and it’s likely to stay that way, given that steel is a foundation industry, the base of the whole manufacturing chain, and essential for major infrastructure projects such as HS2, Crossrail and Swansea’s tidal lagoon. 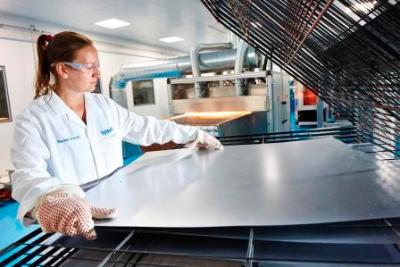 Rather than dwell on bad news, Tata and the unions have been looking forward too. A £1 billion, ten-year investment plan has been announced for the Port Talbot hub, with additional activity in other UK plants too.

I’ve worked in the steel industry for 20 years, and this is the first long-term strategic plan of this kind that I can remember.

Picture:  the SPECIFIC project, in which Tata Steel is a partner; it develops products that turn buildings into power stations

Tata is no beginner when it comes to long-term commitments. This is the company that turned Jaguar Land Rover into a flourishing brand thanks to sustained and significant investment. As with Jaguar, success for the steel industry depends on promoting a can-do culture in the company, and continued strong links between industry and universities, fostering innovation.

Indeed, if we look to successful steel industries overseas, others have shown that research and innovation facilities must be close to manufacturing plants, both in proximity and working relationship. From our campus in Swansea, it’s only a few miles to the Port Talbot works and we have worked hard to build excellent interactions with its sister plants.

This closeness has already delivered innovation: we’re currently developing steel-based construction materials which mean buildings can generate, store and release their own power. Researchers have also devised a safer, smarter way to tackle corrosion and improved the efficiency of Port Talbot’s blast furnaces. But still much more can done.

The future for steel lies in high value products like these, but that is not to say that all jobs will be the same as they are now, or that all sites will be used for the same purpose down the line. The Port Talbot works could flourish as a vast recycling site, for example. After all, steel can be recycled, almost infinitely; the familiar chimneys and the gases they emit could become an energy source to power the plant, the community and much else besides.

So there is much to be positive about but success is not guaranteed. Yes, the steel industry needs more creative thinking to survive, but the government must commit to supporting it.

There have been some moves in this area already. Responding to the fact that Tata’s sites generate some 3% of Wales’s economic output, the Welsh government has recently outlined plans to base a steel innovation centre in Swansea, along with a £12m investment for the Port Talbot site.

Fantastic for Wales and yet more can still be done by the UK government to ensure that steel becomes a success story for Britain. Crucially, it’s about creating the right conditions.

We know that devising and committing to a long term strategic plan for the whole country’s steel industry, along with encouraging research, innovation and development, is imperative. But the government must also ensure that – come what may – Port Talbot’s primary steelmaking plant, and its downstream units, are retained as a whole.

Furthermore, it needs to look at cutting the industry’s biggest costs, energy and business rates. It’s one of the easiest ways to introduce cost savings. And use its own procurement power to encourage the construction sector to adopt low-carbon steel-based technologies for projects supported by public money.

There are real opportunities here. A new, very modern steel industry, focused on high-value products, can help renew our infrastructure and build a low-carbon future. And if we get the model right, it can be exported to other countries.

As a global company with numerous product developments, Tata is in a position to generate the major investment needed to support any long-term plan and it would be foolish to ignore this. Its relationship with India could also prove strategically vital too – especially if/when the UK leaves the EU – as India is on course to become the world’s biggest economy.

We have survived the immediate crisis. We have a solid foundation. And we have the people and the partnerships. With support from government, and a relentless focus on innovation, steel can rise again to become a great British success story. 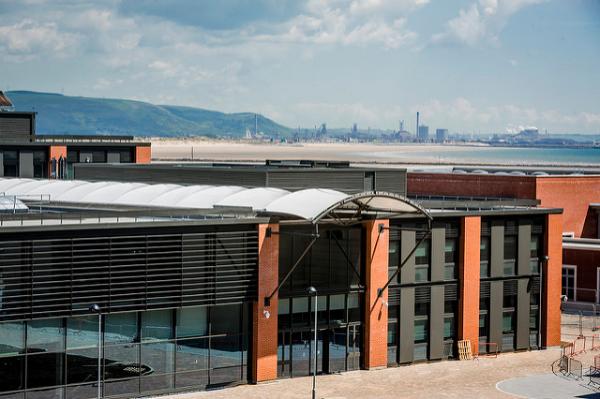