Research led by scientists from Swansea University’s Institute of Life Science and College of Science, in collaboration with Deakin University in Warrnambool, Australia and the Sir Alistair Hardy Foundation for Ocean Science in Plymouth, has found cold water ocean plankton are not adapting to climate change, will continue to become scarcer, and could ultimately disappear. 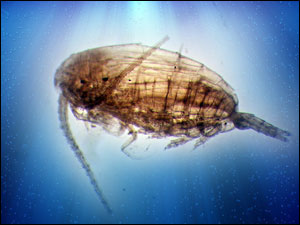 The team’s work, which has been supported through funding from the Natural Environment Research Council (NERC), is published by leading international journal Global Change Biology today (Friday, October 18), in a paper entitled ‘Multi-decadal range changes versus thermal adaptation for north east Atlantic oceanic copepods in the face of climate change’.

The paper’s lead author Stephanie Hinder, a PhD student in Swansea University’s Department of Biosciences, College of Science, said: “There is overwhelming evidence that the oceans are warming. The responses of animals and plants to this warming will fundamentally shape how the oceans look in future years and the nature of global fisheries.

“It is well known that warm water species are expanding their ranges as warming occurs and vice versa.  However, whether species are able to adapt to new temperatures is equivocal. 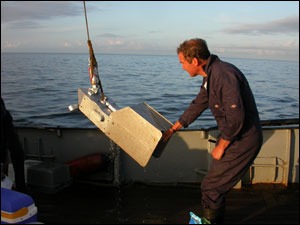 “Will, for example, cold water species gradually adapt so they can withstand warming seas and hence not continually contract their ranges? Answering this question of adaptation is not easy as it requires long-term observations spanning multiple generations.”

Co-author Mike Gravenor, Professor of Biostatistics and Epidemiology at Swansea University’s Institute of Life Science, College of Medicine, said: “The team has examined a 50-year time series from the North Atlantic on the distribution and abundance of two very common but contrasting species of planktonic crustaceans known as copepods, one species that lives in warmer water the other in colder water. These crustaceans are vital food for fish and so underpin many commercial fisheries in the North Atlantic region. 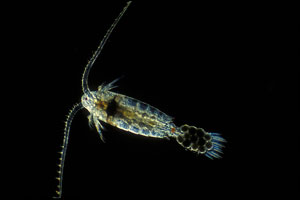 “Surprisingly the cold water species, Calanus finmarchicus, has continued to contract its range over 50-years of warming.  In other words, even over 50 generations (each copepod lives for one year or less) there is no evidence of thermal adaptation.

“The consequences of this study are profound.  It suggests that cold water plankton will continue to become scarcer as their ranges contract to the poles and, ultimately, disappear.  So, certainly for these animals, thermal adaptation appears unlikely to limit the impacts of climate change.”