Researchers from Swansea University’s Centre for Sustainable Aquatic Research (CSAR) are part of a new €2.4M (approx £1.9M) international collaborative project to develop and enhance the sustainability of the EU’s prawn fishery. 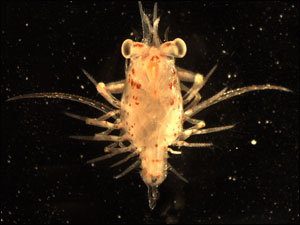 The Nephrops norvegicus species, also known as ‘Dublin Bay prawn’, ‘langoustine’ or ‘scampi’, will be the specific focus of the NEPHROPS project, which brings together expertise from the fishing industry, aquaculture technologists and academia.  The species is one of Europe’s most lucrative shellfish, with 34,000 tonnes – worth £100M – landed last year in the UK alone.

The project, led by the Orkney Fisheries Association and the Ryan Institute at the National University of Ireland Galway, and involving universities and industry partners from the UK, Norway, and Sweden, will focus on developing hatchery and ranching technologies, and enhancing the survival of discards resulting from trawl fishing. 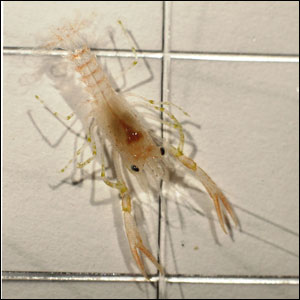 The Centre for Sustainable Aquatic Research (CSAR), based in Swansea University’s College of Science, is playing a key role in developing a pilot scale hatchery for the species, which will culminate in a publicly available hatchery handbook.

Dr Adam Powell, project leader at Swansea University, said: “Techniques for culturing European lobsters are already relatively advanced.  However, work to date with Nephrops has been more limited and generally small in scale.

“Adult females are allowed to spawn, and larvae are reared through three successive stages. After approximately 30 days duration, the larvae metamorphose into juveniles.  The process will be piloted at CSAR and upscaled in Orkney, with the aim to release numbers of juvenile recruits in the medium term.

“CSAR, alongside colleagues from across Europe, look forward to developing a hatchery for this species.”

For more information on the NEPHROPS project, visit www.nephrops.eu, and on CSAR at Swansea University, visit http://www.aquaculturewales.com/.