A new 3-D printed thermoelectric device, which converts heat into electric power with an efficiency factor over 50% higher than the previous best for printed materials - and is cheap to produce in bulk - has been manufactured by researchers at Swansea University’s SPECIFIC Innovation and Knowledge Centre.

Around one-sixth of all the energy used by industry in the UK currently ends up as waste heat, emitted into the atmosphere.  Harnessing this to create electricity could be a huge step forward in helping industry cut its energy bills and reduce its carbon footprint.

Thermoelectric materials turn differences in temperature into electric power, or vice versa.   They are used in fridges, power plants and even some smart watches that are powered by body heat. 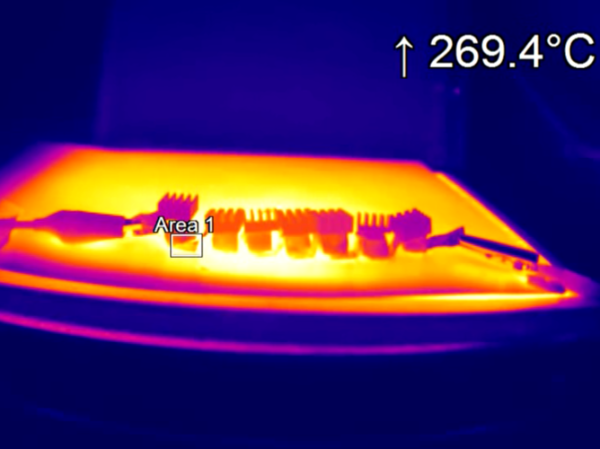 Previous research has shown that a material called tin selenide (SnSe), a compound made up of tin (Sn) and selenium (Se), has high potential as a thermoelectric material.   The problem is that the methods used to manufacture it require lots of energy and are therefore expensive.

This is where the Swansea researchers’ work comes in. The technique they have developed is potentially very low-cost for industry because it enables SnSe thermoelectric generators to be produced quickly and easily in large quantities.

The team formulated tin selenide into a type of ink which they could print to test its properties. The next step was to develop a type of 3D printing technique to produce a small thermoelectric generator made out of the ink.

The team’s experiments showed that the material gave record scores for efficiency in performance, which is measured by the “Figure of Merit” (ZT).

The breakthrough could be of particular benefit to industries where high temperatures are involved in the manufacturing process.

One example is steelmaking, which generates vast amounts of heat and requires immense electrical power.  Recycling the heat into power therefore has the potential to boost energy efficiency significantly.  Tata Steel are due to support a PhD researcher on the team to explore the industrial application of the technology. 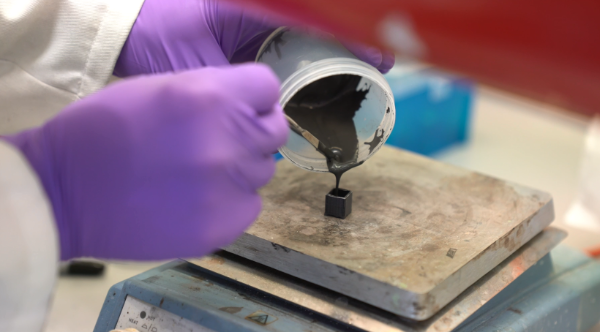 The research team are from SPECIFIC Innovation and Knowledge Centre, a Swansea University-led project which develops technologies for reducing carbon emissions and demonstrates how they can be applied to buildings and industry.

Dr Matt Carnie of Swansea University, who was lead researcher for this work, said:

The device we developed is the best-performing printed thermoelectric material recorded to date, with the efficiency factor improved by over 50% compared to the previous record. It is also cheap to produce in bulk compared with established manufacturing methods.

More work is needed, but already our work shows that this technique, combining efficiency and economy, could be very attractive to energy-intensive industries.”

The research was published in Advanced Energy Materials, one of the leading academic journals in the field. It was funded through SPECIFIC Innovation and Knowledge Centre by the Engineering and Physical Sciences Research Council, Innovate UK and the European Regional Development Fund, through the Welsh Government.

Find out about SPECIFIC and Active Buildings