The tests come after an announcement in May by UK Energy and Clean Growth Minister Claire Perry who outlined the UK’s goal to lead an international challenge with Saudi Arabia and Mexico to remove carbon from emissions.

The company’s major-market patented and globally patent pending suite of technologies hold the potential to sequester atmospheric CO2at the levels stipulated by the Paris Climate Change Accord of December 2015, specifically, the removal of volumes of CO2sufficient to arrest the progression of climate change and potentially reverse harmful effects being experienced from unmitigated CO2emissions of human origins.

The VLSD Research and Development Consortium

During the past five years, the technology has been advanced by a massive R&D collaboration involving VLS Decarb’s academic and industry partners, the Energy Safety Research Institute (ESRI) at Swansea University along with an international array of academic and governmental institutions and funding agencies, amongst whom Innovate UK has sponsored, in partnership with Glass Technology Services (GTS), the research that led to key materials development that enable the CCS concept.

In addition to an industry partnership with Glass Technology Services (GTS), ESRI brings a significant ongoing collaboration agreement with King Saud University, which aligns with the UK Government’s international challenge with Saudi Arabia. The enabling research for this project has been supported by Innovate UK, the Welsh Government Sêr Cymru Chair Programme, and the FLEXIS project, which is part-funded by the European Regional Development Fund (ERDF) through the Welsh Government.

So far specifically focused and scoped tests have been undertaken which have demonstrated the viability of various key components of the system. The complete process will be tested in field trials going forward and the results are expected to demonstrate the widespread applicability of the technology and its commercial viability and self-sustaining features, such as supporting intermittent supplies of electric power generation (wind, wave and sun) while also providing the electric power required to drive the sequestration process itself.

The CO2 storage and power generation potentials are:

Research data demonstrates that the best use of unconventional (shale) reservoirs is to store CO2, the noxious byproduct of burning natural gas and other fossil fuels. Shale formations, which are ubiquitous in the Earth’s crust, can potentially be harnessed to permanently store injected CO2for time intervals measured in geologic terms, literally hundreds of millions of years. The following image illustrates the process, which occurs in eight basic steps:

Step 6, 7 & 8 – Refilling the emptied reservoir spaces with many times more volumes of atmospheric carbon dioxide than generated from the extracted methane, and then terminating the access pathways from these containers via natural bio-degradable means resulting in permanent large-scale CO2 sequestration throughout geologic time which is not dependent upon vertical well bore durability.

ESRI Founder and Director Prof Andrew R Barron said, “Through funding of various components by the UK and the EU via the Welsh Government, this work has focused on one of the biggest challenges facing humanity in the next decades and has been a true multi-vector collaboration. The beauty of this effort is that it is based on an entirely new approach that takes into account the scope of the CCS challenge as well as the economic reality that must accompany CCS.”

VLSDecarb Founder John Francis Thrash MD said, “Carbon sequestration in source rock deposits is a universally available solution for permanently removing carbon from the environment that has been sitting plainly before our eyes and yet un-noticed until now. Ironically, the methane extraction allows for disposal of the necessary volume of CO2 required to reverse climate change. All of this is accomplished in one sustainable, commercially viable operation.” 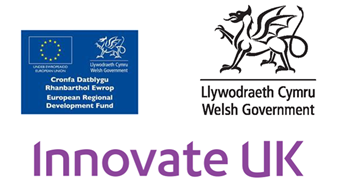