Swansea University scientists working at CERN have published a study detailing a breakthrough in antihydrogen research. 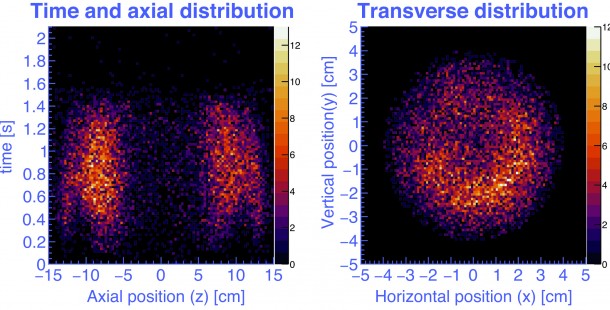 In the paper published by Nature Communications, the College of Science physicists working on the ALPHA experiment describe how they improved efficiency in the synthesis of antihydrogen, and for the first time succeeded in accumulating the anti-atoms, which has allowed for greater scope in their experimentation.

The paper discusses how the team refined the synthesis process and as a result, were able to achieve an order-of-magnitude increase in the antihydrogen atoms available for experimentation.

The study also demonstrates how the team were able to control electron, positron and antiproton plasmas which enabled the repeated formation and trapping of antihydrogen atoms while simultaneously accumulating antihydrogen atoms

The improvement in the synthesis and accumulation pocesses has made possible two landmark research findings published within the last year on the  first precision study of antihydrogen and the first observation of the hyperfine splitting in Antihydrogen .  These two advances have taken the team one step closer to answering the questions of why matter exists and explaining the Big Bang and the birth of the Universe.

‌Professor Niels Madsen‌ said: “These landmark developments were crucial to our recent successes and allows us to envisage new and exciting studies on antihydrogen that would have bordered on fantasy in the past.”

The Swansea team are: