Getting better drugs to market faster, and at a fraction of the cost, is a step closer thanks to technology for speeding up the testing process, which is being developed by a Swansea University spin-out company, Moleculomics.

The company has been developing comprehensive platforms of computer-generated models for protein structures in the human body.   Using the latest high-performance computing technology, they are now able to run millions of mathematical simulations over short spaces of time to determine how all these proteins interact with various chemical compounds they are exposed to in real-life conditions.

This means the company can rapidly accelerate discovery of new drug leads as well as predict whether a compound will provoke an Adverse Drug Reaction (ADR) in the human body.

Moleculomics was set up by Dr Jonathan Mullins at Swansea University’s Medical School, and was supported by the University’s Research, Engagement and Innovation Services team.  The company funds 2 senior researchers and 4 PhD students at the University.

They will also shortly be launching their flagship product Human3DProteome.  This will, for the first time, enable the high throughput screening of candidate small molecule compounds against every protein in the human body – a library of 30,000+ potential drug targets.

The programme of research receives funding from the Government of Canada, the UK Ministry of Defence, Unilever, Dow and NC3Rs.

Dr Jonathan Mullins, founder and CEO of the Moleculomics group, and an academic at Swansea University, said:

“It’s an exciting development that addresses head-on why certain compounds make good, generally safe, drugs and others are associated with more toxicity to the human body, by profiling the intricate interactions that they have with many hundreds of receptors”

Dr Will Krawszik, Head of Operations for Moleculomics, and a former member of staff at Swansea University, said:

“This will provide a tool which can predict the outcome of a drug development project before even entering the laboratory, all using the latest supercomputing technology and some highly innovative algorithms”

The workflows being developed as part of this solution will provide:

By conducting computer based in silico analysis at the beginning of the drug discovery stage, many more potential drugs can be considered for a greater diversity of therapeutic applications.  Drugs that are likely to fail would be taken out of the process before clinical trials begin, allowing more resources to be placed on those that are likely to succeed.

Given over half the resources taken to develop a new drug are required at the various Clinical Trial stages, the time and cost saving of this new technology is huge, and the impact on the global population, potentially profound. 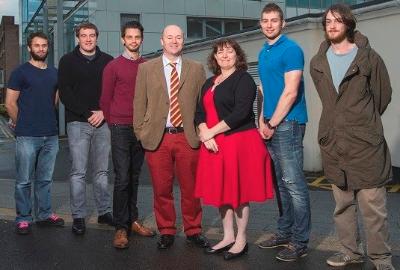 As a vehicle for the advancement of alternative technologies for small molecule discovery and purposing, Moleculomics, a UK university spin-out company formed in 2012, has developed powerful in silico protein structural modelling and ligand docking platforms, at proteome-scale, for simulating real-life conditions and molecular interactions at whole system level.

R&D is built on a track record of structural modelling research featured in more than 50 journal publications.  Over the past four years Moleculomics have been delivering commercial R&D programs including both Hit-to-Lead and toxicity screening work in prestigious projects with UK Ministry of Defence (MoD), Unilever, Dow and NC3Rs resulting in a range of technologies described as “world leading”.