Scientists and clinicians from Swansea and Milan have found that some people who use the internet a lot experience significant physiological changes such as increased heart rate and blood pressure when they finish using the internet. 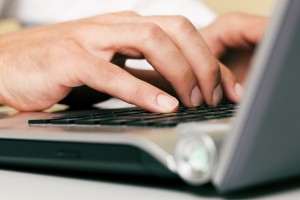 The study involved 144 participants, aged 18 to 33 years, having their heart rate and blood pressure measured before and after a brief internet session.  Their anxiety and self-reported internet-addiction were also assessed.  The results showed increases in physiological arousal on terminating the internet session for those with problematically-high internet usage.  These increases in heart rate and blood pressure were mirrored by increased feelings of anxiety.  However, there were no such changes for participants who reported no internet-usage problems.

The study, published in the international peer-reviewed journal, PLOS ONE, is the first controlled-experimental demonstration of physiological changes as a result of internet exposure.

The study lead, Professor Phil Reed, of Swansea University, said: “We have known for some time that people who are over-dependent on digital devices report feelings of anxiety when they are stopped from using them, but now we can see that these psychological effects are accompanied by actual physiological changes.”

There was an average 3-4% increase in heart rate and blood pressure, and in some cases double that figure, immediately on termination of internet use, compared to before using it, for those with digital-behaviour problems.  Although this increase is not enough to be life-threatening, such changes can be associated with feelings of anxiety, and with alterations to the hormonal system that can reduce immune responses.  The study also suggested that these physiological changes and accompanying increases in anxiety indicate a state like withdrawal seen for many ‘sedative’ drugs, such as alcohol, cannabis, and heroin, and this state may be responsible for some people’s need to re-engage with their digital devices to reduce these unpleasant feelings.

Dr. Lisa Osborne, a clinical researcher and co-author of the study, said: “A problem with experiencing physiological changes like increased heart rate is that they can be misinterpreted as something more physically threatening, especially by those with high levels of anxiety, which can lead to more anxiety, and more need to reduce it.”

The authors go on to speculate that internet use is driven by more than just the short-term excitement or joy of the technology, but that over-use can produce negative physiological and psychological changes that may drive people back onto the internet, even when they do not want to engage.

Professor Reed said: “The individuals in our study used the internet in a fairly typical way, so we are confident that many people who over-use the internet could be affected in the same way.  However, there are groups who use the internet in other ways, like gamers, perhaps to generate arousal, and the effects of stopping use on their physiology could be different – this is yet to be established”.

Professor Roberto Truzoli of Milan University, a co-author of the study, added: “Whether problematic internet use turns out to be an addiction – involving physiological and psychological withdrawal effects – or whether compulsions are involved that do not necessitate such withdrawal effects – is yet to be seen, but these results seem to show that, for some people, it is likely to be an addiction.”

The study also found that the participants spent an average of 5 hours a day on the internet, with 20% spending over 6 hours a day using the internet.  Additionally, over 40% of the sample reported some level of internet-related problem – acknowledging that they spend too much time online.  There was no difference between men and women in the tendency to show internet addiction.  By far the most common reasons for engaging with digital devices were digital communication media (‘social media’) and shopping.

Previous studies by this group, and many others, have shown short-term increases in self-reported anxiety when digitally-dependent people have their digital devices removed, and longer-term increases in their depression and loneliness, as well as changes to actual brain structures and capability to fight infections in some.

Professor Phil Reed said: “The growth of digital communication media is fuelling the rise of ‘internet’ use, especially for women.  There is now a large amount of evidence documenting the negative effects of overuse on people’s psychology, neurology, and now, in this study, on their physiology.  Given this, we have to see a more responsible attitude to the marketing of these products by firms – like we have seen for alcohol and gambling.”