Better protection against rust and corrosion is a step closer thanks to a breakthrough by a Swansea University research team, who have discovered a safer, smarter way of tackling the problem.

Their work has won the Materials Science Venture Prize of £25,000, awarded by The Worshipful Company of Armourers and Brasiers, and presented at the University of Cambridge.

The discovery provides a boost for the steel industry, helping it to retain its focus on high-quality steel meeting the very highest standards of performance and safety.   The breakthrough is of particular importance because the industry needs an alternative to the corrosion inhibitor most widely used at present, hexavalent chromate, which will be banned across the EU from 2019.

Corrosion inhibitors are commonly used in a wide range of sectors, including: coated steel products used to construct industrial, commercial and other buildings; aerospace and aircraft; and the car industry. 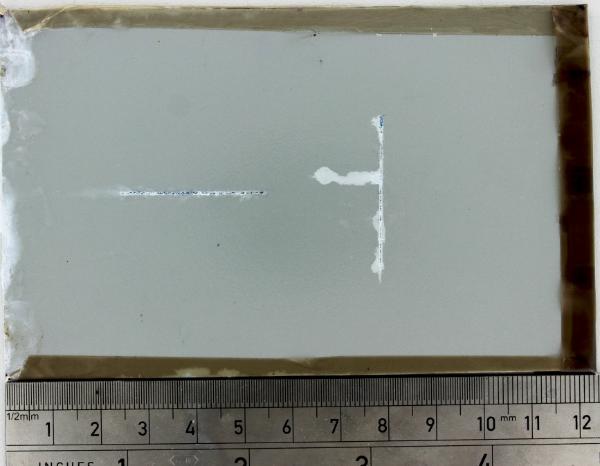 Picture: a steel panel with the new anti-corrosion treatment, after being exposed to hundreds of hours of salt spray, and showing virtually no signs of corrosion

Led by Professor Geraint Williams, the team, based at the University’s College of Engineering, includes doctorate student Patrick Dodds, who made the discovery.  Dodds discovered a material and manufacturing process for a smart release coating which outperforms hexavalent chromate in laboratory tests.

The new method involves a stored reservoir of corrosion inhibitor.  It works by channelling aggressive electrolyte anions into the coating, triggering the release of the inhibitor ‘on demand’, thus preventing corrosion.

More pictures of the research

The product has been tested with salt spray, the standard test for corrosion, outperforming hexavalent chromate.

Researchers used a scanning Kelvin probe, specially built by the team, which can detect the state of the metal beneath a coating without touching it.   This allowed them to test different products much more quickly, with each test taking around 24 hours, rather than 500 hours as was previously the case. 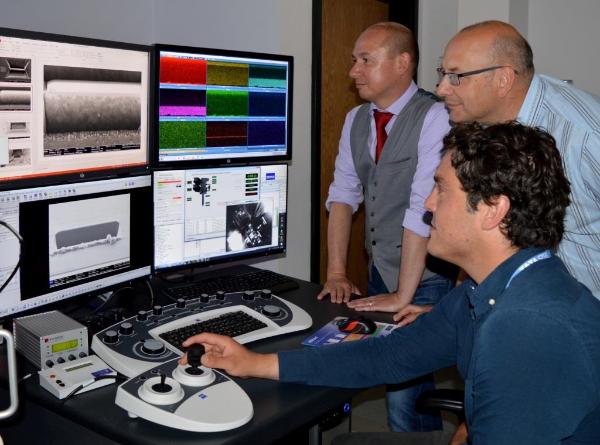 The discovery could lead to the product taking a significant slice of a multi-million pound market.  The market for coiled coated steel is potentially worth £3 billion per year in Europe alone.  Initial discussions with industry have been extremely positive.

The £25,000 prize will be used to buy a Jet Mill system, a tool for overcoming the last technical barriers on the way to making the product available on the market.

“This is a significant breakthrough, showing a smarter and safer way of reducing corrosion.  The new product is environmentally sound, economical and outperforms the market leader in laboratory tests.  It illustrates that Swansea, with its close links between research and industry, remains at the heart of innovation in steel”

“The system has been shown to prevent the onset of corrosion for over 24 hours compared to less than 2 hours for the current market leader.  We have also been able to demonstrate that the rate of corrosion can be slowed down significantly once it has started. This is by far the best result seen in 15 years of research on this topic.” 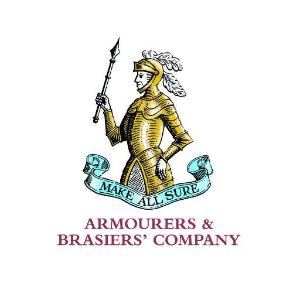 “This is a significant discovery and shows how the UK is still a driving innovation force in industry.

Our prize looks to encourage scientific entrepreneurship in the UK and provide funding, which is often difficult to source, to help discoveries like this realise their potential.”

Swansea University: the home of innovation in steel

Founded to help meet the needs of the metal industries, Swansea University remains at the heart of innovation in steel.  Swansea-led innovations are already demonstrating that steel is a 21st century industry, with academics and the industry working hand in hand on tomorrow’s technologies, including:

Brand-new research and testing facilities at the University’s new Bay Campus, situated across the bay from the giant Port Talbot steelworks, cement Swansea’s role as the natural home for innovation in steel.

Find out more about Swansea's work on 21st century steel 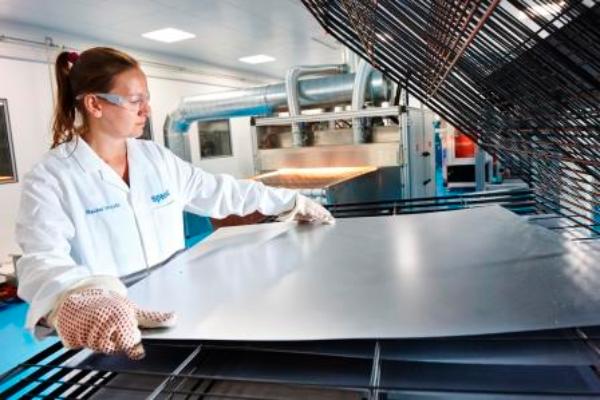