A unique portrait of actor Richard Burton made using 500 million-year-old slate from Conwy has been unveiled by the actor’s daughter, Kate Burton, at Swansea University.

Mosaic artist Ed Chapman used stone from the disused Rhiwbach Quarry, in Conwy, to make the piece which was created to mark what would have been Richard Burton's 90th birthday in November 2015.

The mosaic, which took several weeks to complete, now has a permanent home at Swansea University’s Great Hall, close to the Pontrhydyfen birthplace of Richard Burton who died in 1984 aged 58.

"I have long been a fan of Richard Burton and I wanted to create a unique portrait of him, if possible incorporating something Welsh of which he would be proud and possibly amused," Mr Chapman said.

Before the unveiling, Kate Burton and other family members including Guy Masterson, Mr Burton’s great-nephew, viewed a selection of material from the Richard Burton Collection at the University’s Richard Burton Archives.

The selection of material included Mr Burton’s 1940 diary, a bookbag with a selection of books from his library, film posters and photographs, and school records for Port Talbot Secondary School from the period that Richard Jenkins, later Burton, attended it. The school records have recently been deposited at West Glamorgan Archive Service and have been loaned to the Richard Burton Archives for the visit. 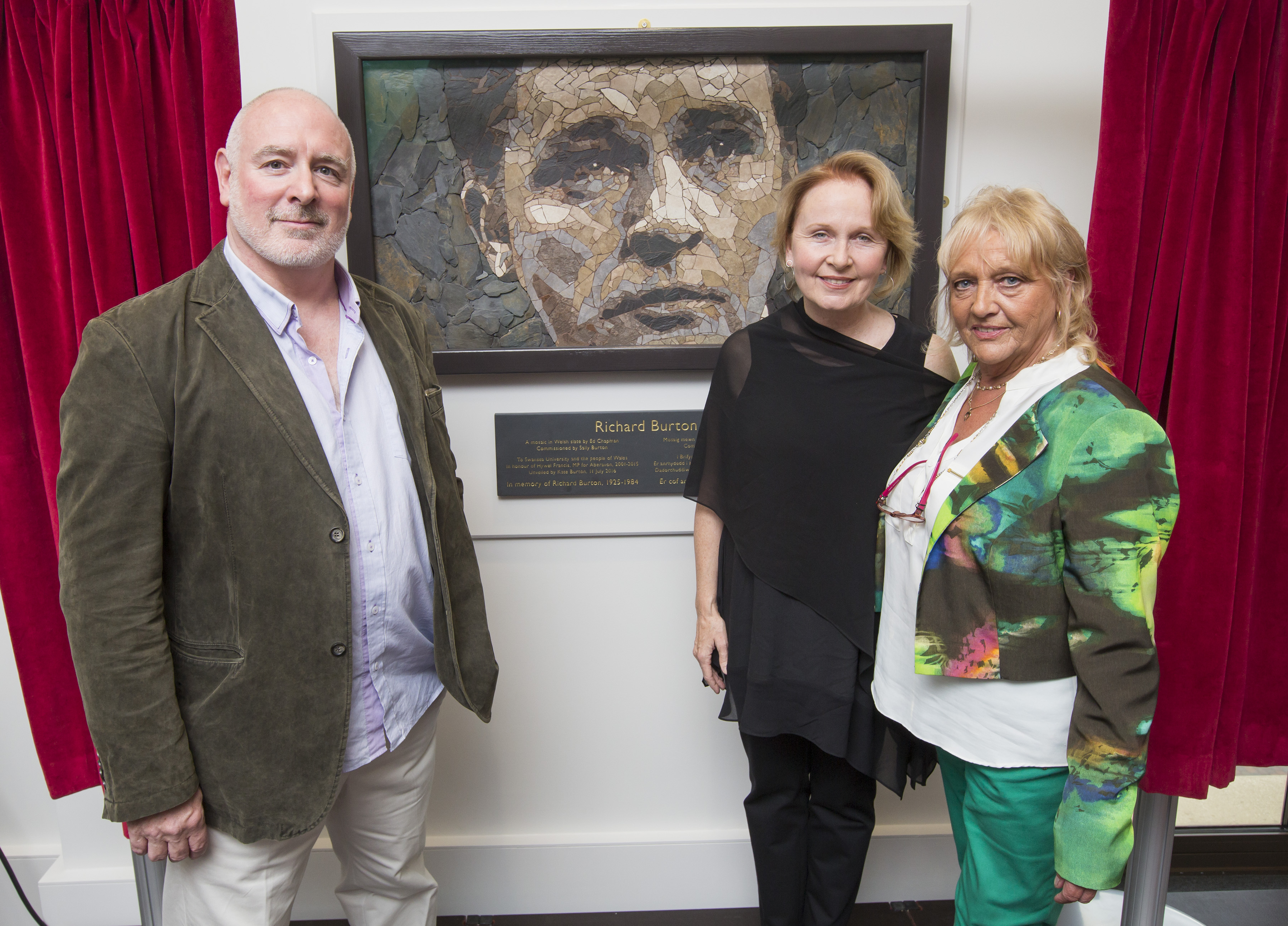 Following the unveiling of the mosaic, Kate Burton, said: “It was a great honour to unveil the stunning mosaic of my father at Swansea University. I speak for our entire family in expressing our gratitude."

During the unveiling, Kate Burton and Guy Masterson read a selection of theatre and poetry loved and performed by Richard Burton, including Shakespeare and Dylan Thomas. Sian Owen, Burton’s niece, also read the poem Yr Actor (The Actor) by Rhydwen Williams, written in memory of Richard Burton.

Hywel Francis, MP for Aberavon, 2001 - 2015, said: “I would like to pay tribute to Richard Burton's widow Sally for her generosity in commissioning Ed Chapman's fine slate mosaic. As the Member of Parliament for Aberavon, I was proud to work with Sally and Swansea University for over a decade on recognising and celebrating the life of Richard Burton in his locality, and this is another fitting way of doing so, in the Great Hall of the new Bay Campus within the constituency of Aberavon.”

Pictured: Hywel Francis at the unveiling 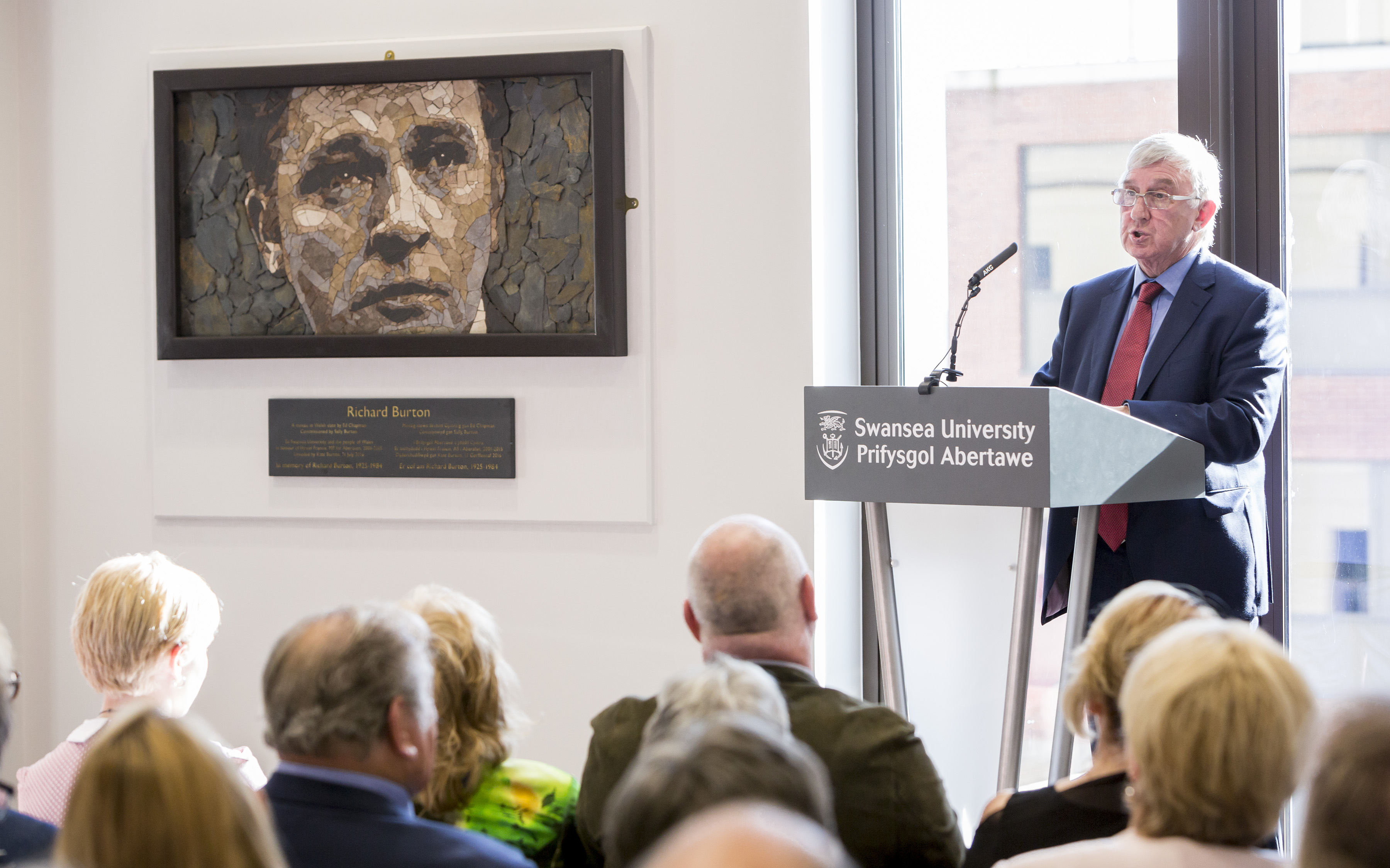 Click here to find our more about the Richard Burton Archives.