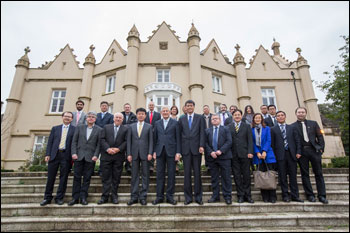 The delegation, which was led by Zhang Jianguo, the Vice-Minister of the Ministry of Human Resources and Social Security, and Administrator of SAFEA, were welcomed to the Singleton Park and Bay Campuses by the University’s Vice-Chancellor, Professor Richard B Davies.

The guests first visited the College of Engineering’s Engineering Quarter at the new £450 million science and innovation Bay Campus, and then the Singleton Park Campus to visit the Medical School’s new £8 million Data Science building, the Centre for NanoHealth, and the College of Science’s Centre for Sustainable Aquatic Research (CSAR).

A Swansea University Flickr gallery with highlights from the visit can be viewed here. 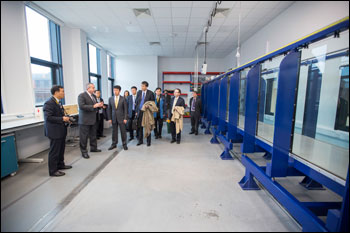 Swansea University has been awarded accreditation status with SAFEA to deliver CPD training programmes and has welcomed a number of delegations to Swansea over the past year comprising Presidents, Vice-Presidents and other senior staff from some of China’s leading universities including Jilin University, Chongqing University, and Nanjing University. 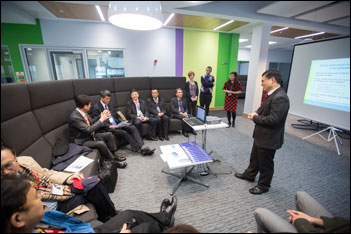 A formal meeting and lunch also took place where Gary Davies, the Welsh Government’s Director of European and External Affairs, was invited to speak to address the SAFEA delegation and senior University staff.

Speaking after the visit Professor Richard B Davies, Swansea University’s Vice-Chancellor, said: “It was a great pleasure to welcome our guests from SAFEA to Swansea University and for our Colleges of Engineering and Science, and our Medical School to have the opportunity to showcase their world-class teaching and research, and to discuss how successful collaboration with our partners in China may be extended. 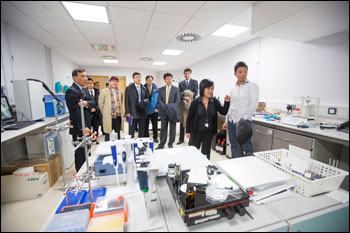 “Swansea’s achievements as an innovative and ambitious university are being noticed internationally, and especially with the opening of our new science and innovation Bay Campus in September, which heralded a new era for the University.

“Our ambitious development and collaboration programmes are offering increased international opportunities for our students and helping us develop the scale and reach of our world-class research in areas such as engineering, life sciences, and science.

“This visit by SAFEA strengthened our links with China and will accelerate further major collaboration with our Chinese partner institutions.’’