Swansea’s extraordinary history – including sites of world importance such as the Hafod-Morfa copperworks - is safe in the hands of the next generation, said the chair of the judging panel for the Young Heritage Apprentice competition. The winners, Birchgrove Comprehensive, were announced at the National Waterfront Museum.

The competition - aimed at 14-18 year olds - challenges school teams to develop a project associated with Cu @ Swansea, an ambitious heritage-led regeneration plan focusing on the 12.5 acre site of the former Hafod-Morfa copperworks in the Lower Swansea Valley.

The project is led by Huw Bowen, professor of public history at Swansea University, in association with the City and County of Swansea.   After visiting the site of the copperworks on 12 November, seven teams presented their ideas to a panel of judges on 19 November at the National Waterfront Museum.

The teams had been asked to “create an on-site visitor attraction for Hafod-Morfa copperworks that celebrates Swansea’s history and heritage”. 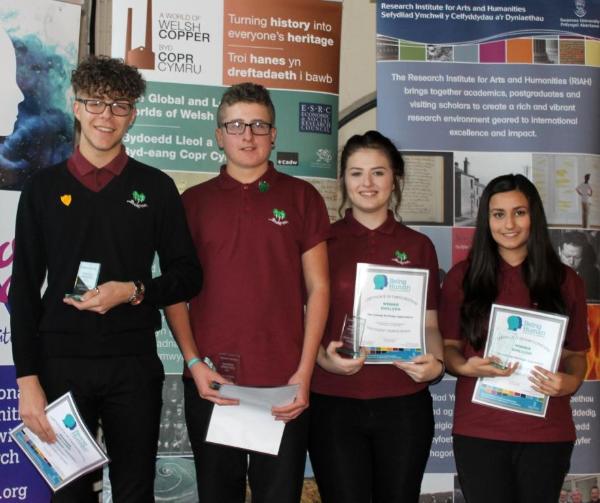 The seven finalists who took part, in teams of 3 or 4, were from the following schools:

The Birchgrove team’s winning entry focused on maximising the impact of a heritage park to suit every individual.

Their ideas included: a heritage centre; a memorial fountain; a globe to symbolise Swansea’s worldwide links through the copper industry; and a copper boulevard, made of different materials associated with the industry.

The ideas presented by Birchgrove and the other finalists will be considered by the team developing the Hafod-Morfa site. 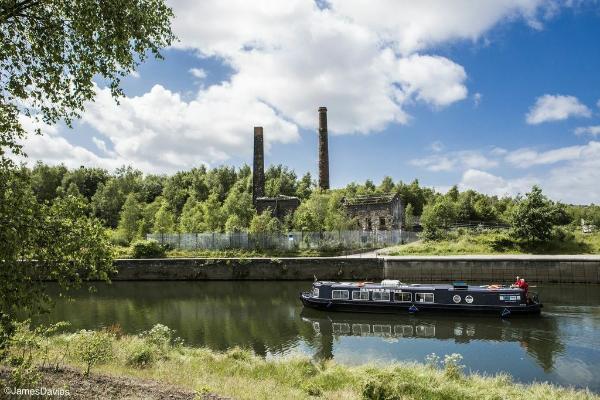 “As a school we are exceptionally proud of our students’ achievements.  We combined excellent planning, creativity and innovation to both meet the brief and to ensure the past will not be forgotten.”

The members of the winning team from Birchgrove also gave their reaction:

Georgia Cullen: “I think it’s brilliant that something is finally happening with the Hafod-Morfa copperworks.  So being able to take part was a fantastic experience and winning was another.”

Aaliyah Aslam: “We worked really hard so it was a privilege to be chosen.  I feel like I’ve gained a lot more knowledge of our heritage.”

Camron Griffiths: “I’m extremely grateful for the opportunity.  The young heritage apprentice has helped me think about the importance of preserving the past for our future.”

Sam Thomas: “I’m really grateful for being accepted for Young Heritage Apprentice 2015.  I’m delighted to have won the competition.”

Huw Bowen, professor of public history at Swansea University, and chair of the judging panel, said:

“The students produced a great number of terrific ideas and we are thrilled with the outstanding work they have done.   They are all winners and what they have produced will greatly benefit the Hafod-Morfa copperworks project.

The future of Swansea’s past is safe in the hands of the next generation.”

The judging panel was:

The Young Heritage Apprentice formed part of Being Human 2015, a week-long festival celebrating the humanities.  Swansea University was chosen as one of the five hubs across the UK for the festival.

Being Human Festival in Swansea - in pictures