Pupils from local schools are to have the opportunity to see the Rugby World Cup trophy when it visits Swansea University on Tuesday 30 June.

The Trophy Tour is a continuous 100 day Tour which will see the Webb Ellis Cup visit Scotland, Northern Ireland, the Republic of Ireland, Wales and England. The Trophy has already been on on an international tour around the world.

Rugby is at the heart with hundreds of rugby clubs, rugby festivals and organisations from grassroots to the elite part of the Trophy Tour

As well as having a chance to see the famous Webb Ellis Cup, the pupils will be playing a seven-a-side touch rugby mini-tournament

The trophy visit event is by invitation only and is not open to the public.

Swansea University is an official team base for Rugby World Cup, and will be hosting the Canada and Fiji teams during the tournament.   They will be using the University’s top-flight sporting facilities as they prepare for the biggest rugby challenge of them all. 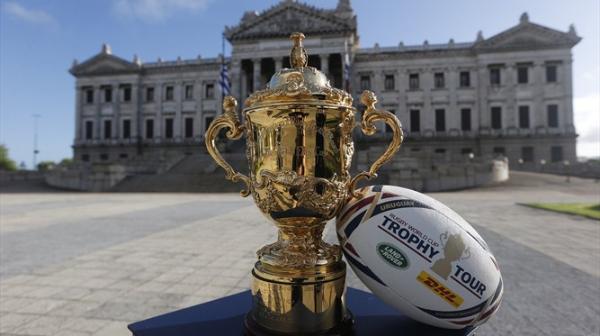