An international collaborative study led by Swansea University’s Medical School has shown that mild calorie restriction promotes the conversion of stem cells in the brain into new nerve cells, which has beneficial effects in promoting memory function.

The team, involving researchers from Monash University, Australia, Texas A&M University, USA and Cardiff University, has also identified the key molecule that is needed for this effect in the brain.

This means that the team can test drugs that activate this molecule to check whether they also trigger the birth of new nerve cells in the adult brain.  As new nerve cells are lost in the ageing brain, the team’s findings may be particularly relevant to combating age-related cognitive decline and neurodegenerative disease. 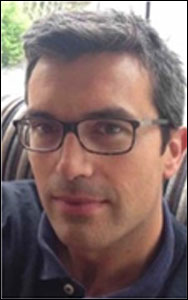 The paper’s senior author, Dr Jeff Davies (pictured), Associate Professor of Molecular Neurobiology,  is based within the Institute of Life Science at Swansea University’s Medical School.  He said: “This new research builds on our previous work at Swansea that showed that treatment with the ghrelin hormone itself, in the absence of caloric restriction, promoted neurogenesis and memory function.

“In this new study, we demonstrate that the ghrelin receptor is key to the beneficial effects of caloric restriction on the brain. So we know that this system represents an important physiological mechanism – and we think that it may well promote healthy ageing.”

The paper’s first author, Amanda Hornsby, a PhD candidate at the Institute of Life Science, Swansea University Medical School, said: “The birth of new neurones in the adult brain is important for normal brain function in adult mammals.

“Previous studies show that exercise and learning promote neurogenesis, however, the underlying mechanisms involved have not been characterised. Without knowing which molecules are key it is very difficult to design drugs to stimulate neurogenesis.

“Here, we have characterised a key protein that should aid in the design of a novel drug to promote brain function.”

Next, the team aim to test their findings in the context of the aged-mammalian brain and in models of neurodegenerative disease.

The work was funded by grants from the Wales-Texas Initiative, the Medical Research Council, the St David’s Medical Foundation, and The Royal Society.