Three Swansea University languages students have secured scholarships from the German government to allow them to follow summer courses at German universities, with the aim of improving their language skills and their knowledge of the country.

The scholarships are offered by the German Academic Exchange Service (Deutscher Akademischer Austauschdienst – DAAD), which is funded by the German government. The DAAD also places a DAAD-Lektor at Swansea University, Christiane Günther.

Competition for the scholarships is fierce as they attract applications from many countries. Whilst Swansea has a good track record of success with its students, it is a great achievement to have three students win scholarships in one year.

The students are Ellie Drainey, Jessica Rees and Cobi King, all of whom have just completed their first year of study in the Department of Languages, Translation and Communication. 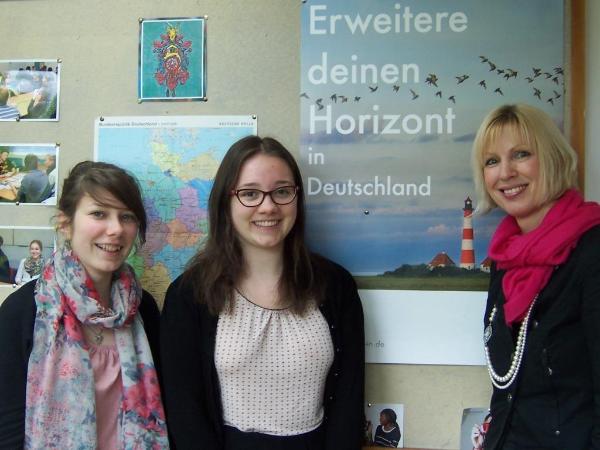 Unlike in other countries, in the UK the programme also welcomes applications from first-year students as participating in a summer language course is regarded as an effective way of preparing them for their intercalary experience during the third year of study.

Ute Keller, a lecturer in the Department of Languages, Translation and Communication, has co-ordinated the applications for the scholarships this academic session. Ute said:

“These scholarships are very prestigious indeed. To have DAAD on your CV can really boost your job prospects and open doors for you.

I notice a real difference in students when they come back from their time in Germany. Participating in a university summer course is an immense step up for the DAAD scholarship candidates in terms of their language skills, and I’ve seen how it paves the way for further academic achievement.

The experience of following these courses in a German university setting also helps students build international links, as well as boosting their confidence and making them more open to new influences.

To have three students winning scholarships this year is wonderful news. 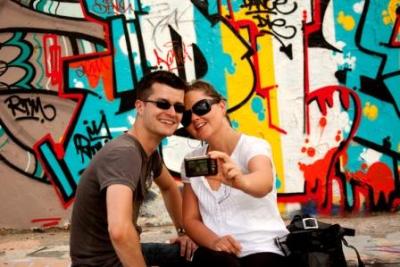 Jessica Rees from Brecon is studying for a BA Modern Languages, Translation and Interpreting, and the scholarship will take her to the University of Heidelberg.

“I’ve always been fascinated by languages and I studied German and French at school.

I first remember going to Germany when I was six years old. I remember seeing bear symbols in Berlin and the famous TV tower. German traditions have also really grown on me, like St Nicholas Day, and I’m really fascinated by German history.

The scholarship is a real chance for me to broaden my horizons. I’m very interested in literary translation, and I’m hoping that it’ll improve my vocabulary and translation skills.”

Ellie Drainey is from Altrincham and studies German and History. Her scholarship will take her to the University of Aachen.

“I really liked learning languages at school. I did Spanish and German and I also have family in Spain.

I’ve found that the structure of the German language also seems very logical to me – you can see how its different parts fit together.

I’m also drawn to German culture, whether it’s music, film or history. Plus of course the food is fantastic – my favourite is Lebkuchen." 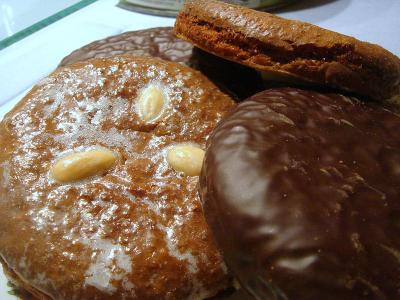 Cobi King, from Bristol, is studying for a BA in German and will be heading to Osnabrück University.

“I am hoping to improve my language skills, mainly my speaking skills. The summer course will be really helpful because I will have the chance to have conversations in German with natives, as well as other students from other countries, which is great because we can learn from one another.

I am really looking forward to learning about the local culture and traditions in the areas of the universities that I have applied to. It will be interesting as I have not previously visited these regions of Germany and listening to different accents in German will help to improve my listening and conversational skills.

‌I decided to study German because from A-Level I have always had a huge interest in languages. Learning a language at Swansea has been fantastic, because I have been able to learn more about the grammar of German at a more in-depth level, as well as the history and culture that are attached.

Studying German at Swansea University has also given me fantastic opportunities, like the DAAD scholarship.”