The Fiji rugby team has been training at Swansea University’s sports facilities – and taking time out to meet local families and young people – ahead of Thursday’s game against Wales in the Rugby World Cup.

Swansea University is a team base for the Rugby World Cup 2015 and has already hosted the Canadian team.   The teams have been using the University’s top-class sports facilities, which have previously been used for major events such as the IPC Paralympic Games in 2014. 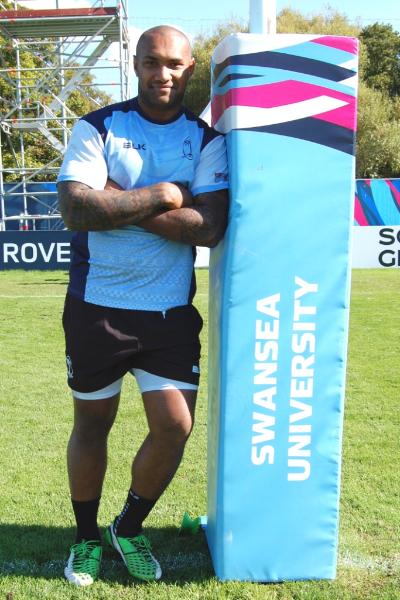 Known as the Flying Fijians, the Fiji team welcomed young volunteers from Disability Sport Wales and some local families to one of their training sessions.

The visitors were able to watch the team be put through their paces by their coaching team, and after the session they had a chance to meet some of the players and get autographs and pictures.

More pictures of the Fijians at Swansea University

“The facilities here at Swansea University have been excellent.  The staff have been really helpful, making sure everything is right for us”.

Fijian winger and kicker Nemani Nadolo, who has scored 16 of Fiji’s 24 points in the tournament so far, though he is ruled out of the Wales game, said in interview at the session:

“Wales put in a gutsy effort on Saturday at Twickenham.   They’ve had a lot of injuries but whoever plays against us will be up to the job. Playing Wales at home is never easy.   But it’s a good challenge for us and we’re really looking forward to it.

We were disappointed to lose against Australia but we’ve bounced back.   However far we go, we want to finish on a high and that starts this week against Wales.”

“The volunteers were absolutely thrilled to meet the Flying Fijians. It was such a wonderful opportunity and the Fijian team were so welcoming and accommodating of all the volunteers. 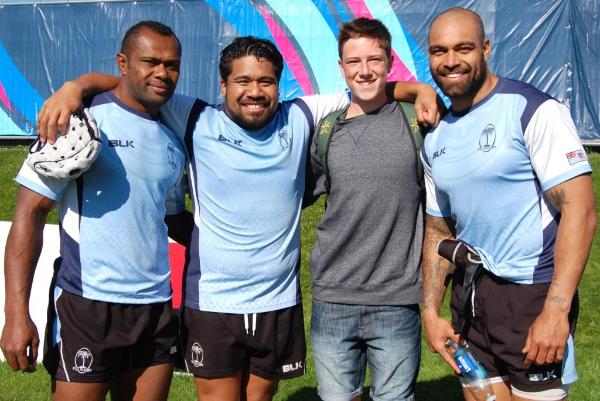 Read about the Canadian team training at Swansea University

More about sport at Swansea University