An international team of researchers have created unusually intelligent mice by altering a single gene, but found the mice were also less likely to feel anxiety or recall fear. 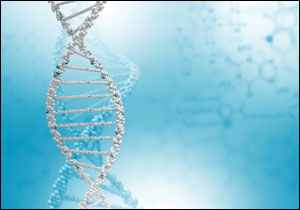 The study, which was led by the University of Leeds and Mount Sinai Hospital in Toronto, Canada and included Swansea University’s Medical School, is published today (Friday, August 14) in the journal Neuropsychopharmacology, part of the Nature publishing group.

It sheds light on the molecular underpinnings of learning and memory and could form the basis for research into new treatments for age-related cognitive decline, cognitive disorders such as Alzheimer’s disease and schizophrenia, and other conditions.

The researchers altered a gene in mice to inhibit the activity of an enzyme called phosphodiesterase-4B (PDE4B), which is present in many organs of the vertebrate body, including the brain.

For example, the “brainy” mice showed a better ability than ordinary mice to recognise another mouse that they had been introduced to the day before. They were also quicker at learning the location of a hidden escape platform in a test called the Morris water maze.

However, the PDE4B-inhibited mice also showed less recall of a fearful event after several days than ordinary mice.

The published findings are limited to mice and have not been tested in humans, but PDE4B is present in humans. The diminished memory of fear among mice with inhibited PDE4B could be of interest to researchers looking for treatments for pathological fear, typified by Post-Traumatic Stress Disorder (PTSD).

Ordinary mice are naturally fearful of cats, but the PDE4B-inhibited mice showed a decreased fear response to cat urine, suggesting that one effect of inhibiting PDE4B could be an increase in risk-taking behaviour.

So, while the PDE4B-inhibited mice excelled at solving complex exercises, their low levels of anxiety could be counterproductive for a wild mouse.

Dr Steve Clapcote, Lecturer in Pharmacology in the University of Leeds’ School of Biomedical Sciences, led the study.

He said: “Cognitive impairments are currently poorly treated, so I’m excited that our work using mice has identified phosphodiesterase-4B as a promising target for potential new treatments.”

The molecular modelling of the structure of the PDE4B enzyme was carried out by Dr Jonathan Mullins, who leads the Genome and Structural Bioinformatics Group at Swansea University's Medical School.

Dr Mullins said: "This is a very exciting development that is an outcome of a strong and enduring international collaboration. It moves our understanding of the role and molecular function of PDE4B forward considerably, promoting a protein that we acknowledged as being metabolically important into a promising drug target for a number of seriously debilitating cognitive and memory disorders.

“Knowledge of the molecular structure of this enzyme drug target allows us to computationally screen hundreds of thousands of chemical compounds to identify potential drugs that specifically interact with the target."

The researchers are now working on developing drugs that will specifically inhibit PDE4B. These drugs will be tested in animals to see whether any would be suitable for clinical trials in humans.