Student rugby players from Swansea University visited Beijing from 25 July to 1 August for China-UK University Sports Week, playing in a sevens tournament on 28-29 July with Chinese universities. It was part of the China-UK high-level People-to-People Exchange. The Swansea delegation attended official receptions at the Chinese Embassy in London and at the British Council in Beijing.

Swansea University is one of the UK’s top 30 research universities.  It also has a long tradition of excellence in sport, especially rugby.

Swansea was the only UK university invited by the Chinese Embassy to take part in the tournament, which saw Swansea’s men’s and women’s teams play against their counterparts from Chinese universities.   Both Swansea teams performed well, with the men's team winning their tournament.

Watch a clip from Chinese TV coverage of the tournament, showing Swansea teams in action     courtesy of CC TV channel 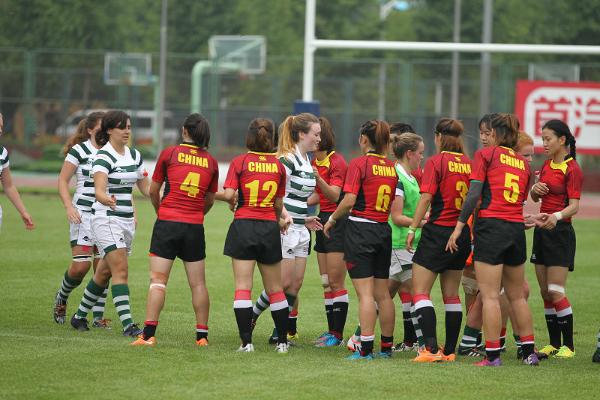 Picture:  friendship through sport, as the Swansea women's team (green and white) greet their Chinese counterparts after a game

The tournament, organised by the Federation of University Sports of China (FUSC), is aimed at promoting sporting and wider links between China and the UK.  For Swansea University, it is an opportunity to strengthen its many links with China, from maths and medicine research to women’s rugby.

‌The Chinese Embassy hosted the teams at an official reception in the embassy in London before they left. 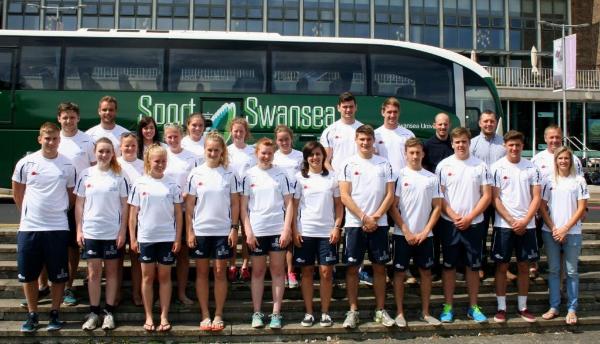 Picture:  the men's and women's rugby sevens players, at Swansea University, as they were about to start their journey to Beijing

More pictures of the team and of life at Swansea University

While in Beijing, the teams attended a British Council reception, and senior figures from Swansea University, including Vice Chancellor Professor Richard B Davies, met with the Chinese Ministry of Education, and with two of China’s top universities: Beijing Normal and China Agricultural University. 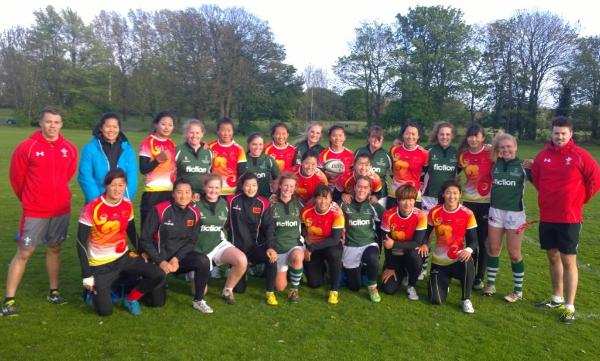 Picture:  the Chinese national women's rugby sevens team (red/black shirts) at Swansea University in May 2015, with their Swansea counterparts and coaches

“Swansea University is honoured to be the only UK university to be invited by the Chinese Embassy to take part in this tournament.  Once again, Swansea’s achievements as an innovative and ambitious university are being noticed.

The visit will be an excellent chance for our students to enjoy themselves in a totally different culture, make new friends, and be ambassadors for the UK.  It will also strengthen the relations we already have with the Embassy and with Chinese partner institutions.  International links like these provide invaluable opportunities for our students and help develop the scale of our research.” 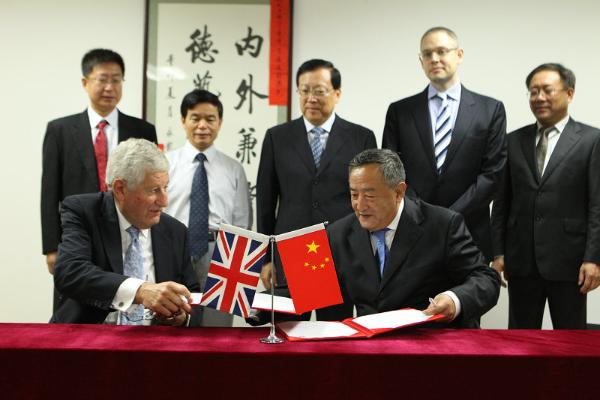 "The players really enjoyed the visit, which was an extraordinary experience for them.

Sport can help build lasting links between people, universities and countries..  The teams were flying the flag not just for Swansea University and Wales, but for rugby too, which is very apt in the run-up to the Rugby World Cup in September."

“We were pleased to welcome the Swansea University men’s and women’s rugby teams to Beijing to take part in our tournament.

Our main objective is to promote exchanges with elite university sports teams in UK under the framework of the China-UK high level dialogue on people-to-people exchange.

The games will be a platform to strengthen existing links, and build new ones, between our two nations, and help to raise the profile of rugby amongst the Chinese public.”

"I gained more confidence as a player, met some great people, and the trip gave me a once in a lifetime chance to travel to areas I would have not otherwise seen. Being part of such a creditable sporting event is an experience I will always cherish and I would love to go back to Beijing in the future to see what else it has to offer." – Beth Sheen

"Although we went to play rugby, it's clear that we all came away with so much more than just playing a few matches. Swansea University, the Federation of University Sport of China (FUSC) and the British Council gave us the experience of a lifetime that i can only hope will be recreated for other students in the future" – Charlotte Peters

"My favourite bits included winning the 7s tournament and competing in that itself along with a visit to the great wall of China. From the trip I had an insight into different cultures, networked with Chinese students and developed my own rugby. The trip was a fantastic experience and success as we ultimately returned champions of the competition" – Josh Guy

The trip was made possible thanks to generous sponsorship from:

•    Around 1400 Chinese students are currently enrolled at Swansea University

•    Swansea University Medical School recently opened a joint medical centre with Wuhan Union Hospital; this is one of China’s leading hospitals, set up in 1866 by Griffith John, a Swansea-born missionary

•    The Chinese national women’s rugby sevens team visited Swansea in May 2015, playing some games and training at our sports facilities

•    Swansea University now has an office in Beijing 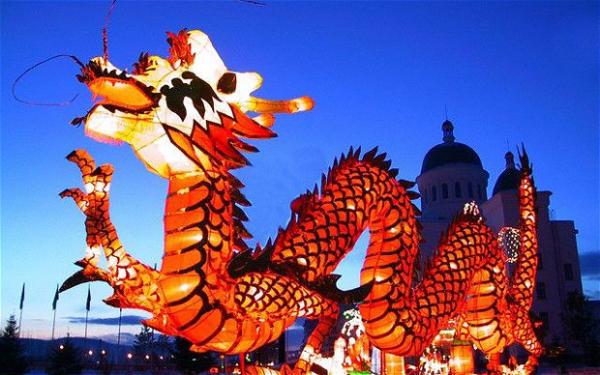