THE Manic Street Preachers turned to Swansea University for help in creating the video for their latest single "Anthem for a Lost Cause".

The short film accompanying the second single from the album Rewind The Film features footage from the 1984 coal strike supplied by the university’s South Wales Miners’ Library.

Manics bassist Nicky Wire said: “The film for Anthem for a Lost Cause is heroic, emotional and defiant – a timely reminder of the power of support women gave their communities. And it looks beautiful too.” 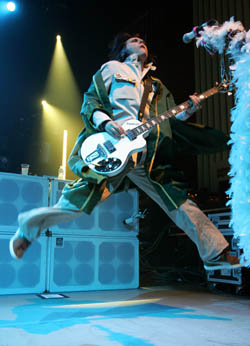 Video director Kieran Evans said: “The 1980s was the era we all grew up in and the backdrop for what was really a modern British civil war. The heroic battle that wives of miners and the women's support groups waged should be an inspiration to all.”

All archive material in the video is from Swansea Women’s History Group, a collective which filmed the 1984-5 miners’ strike from the perspective of the wives and partners of striking workers.

Nicky Wire, a graduate of Swansea University, has collaborated with the Miners’ Library before when he supported its “Let Paul Robeson Sing” exhibition which is part of the South Wales Miners’ Library’s collection.

Librarian Sian Williams said: “We were delighted to have helped the Manics in highlighting this important chapter of our mining heritage.

“The library is celebrating its 40th anniversary this month and we are always keen to find and preserve for posterity any mining memorabilia that may be in people’s sheds or attics.

“I would be particularly interested in tracing more mining banners, particularly those made by the women’s support groups.” 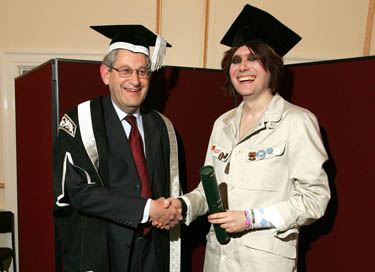 The South Wales Miners’ Library is open to the public and would welcome visits from miners and their families to view the books, pamphlets, posters, banners and audio-visual collections they hold.

They can also make an appointment to visit the Richard Burton Archives on the Singleton campus, which has written records and photographs from the South Wales Coalfield.

Ms Williams and MP Professor Hywel Francis have written a book to mark the 40th anniversary of the library called Do Miners Read Dickens? The Origins and Progress of the South Wales Miners’ Library 1973-2013. It will be published by Parthian in the New Year.