The 2013 James Callaghan Memorial Lecture at Swansea University will be given on Tuesday, February 26, by Professor David Eastwood, Vice-Chancellor of the University of Birmingham. 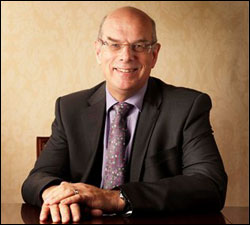 Title: ‘Let it be rational’. Rethinking Higher Education in the Modern World

Time: Light refreshments will be served from 6.00pm and the lecture will begin at 7.00pm

Admission: Admission is free. Please confirm if you are able to attend the lecture by contacting Liz Shouaib on 01792 602850, or email: liz.shouaib@swansea.ac.uk.

This lecture will be delivered in the English language.

Speaker information: Professor David Eastwood became Vice-Chancellor of the University of Birmingham in April 2009. Previously, he was Chief Executive of the Higher Education Funding Council for England (HEFCE), a post he had held since September 2006. Former posts also included Vice-Chancellor of the University of East Anglia, and Chief Executive of the Arts and Humanities Research Board.

Professor Eastwood held a chair in Modern History at Swansea University, where he was also a Head of Department, Dean, and Pro-Vice-Chancellor. While at Swansea he co-founded the National Centre for Public Policy.

The James Callaghan Lecture Series was established on the occasion of the University's 75th anniversary in 1995 and to commemorate the Presidency of The Right Honourable Lord Callaghan of Cardiff.

In October 1996, Lord Callaghan returned to Swansea University to open the campus building named in his honour. The building fittingly reflects Lord Callaghan's working life, as it houses (amongst others) the departments of Politics and International Relations, and History.

Image of Professor David Eastwood courtesy of the University of Birmingham.