Watersports were the theme of the day as Princess Anne visited Swansea University recently. 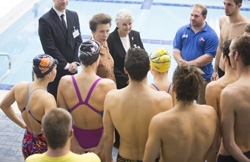 The Princess first dropped into the Wales National Pool and took time out  to meet with young swimmers there. 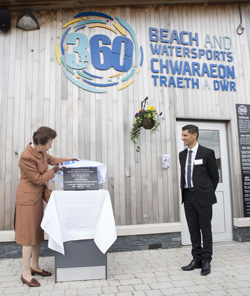 She then took a stroll along the beachfront and visited the 360 Beach and Watersports - Swansea Bay’s premier beach and water activity facility where she an unveiled a plaque to mark the attraction’s first anniversary.

The facility which is run in partnership by Swansea University and Bay Leisure Ltd, has attracted over 120,000 visitors in its first year and welcomes complete beginners and experienced athletes alike to take part in kayaking, stand up paddle boarding, beach volleyball and tennis.