Chris Williams, Swansea University professor and editor of The Richard Burton Diaries, will be in conversation with close friend of Richard Burton and acclaimed actor Robert Hardy and Richard Burton's niece Rhianon James Trowell at The Times Cheltenham Literature Festival this weekend. 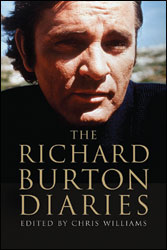 The event, which takes place from 12pm until 1pm on Saturday, October 13, at The Forum, will discuss how Richard Burton’s personal diaries reveal a very different man to the one we recognise as a distinguished actor, international film star, and jet-set celebrity – as famous for his celebrated marriages to Elizabeth Taylor as he was for his stage and screen presence.

The handwritten diaries, which Richard Burton (born Richard Jenkins in 1925) began in 1939 and ended just before his death in 1984, were generously donated to Swansea University in 2005 by his wife Sally Burton.

The diaries and other personal papers, known as The Richard Burton Collection, form a central part of the £1.2million Richard Burton Archives facility at the University’s Library, which was formally opened in April 2010.

Over the last four years Chris Williams, Professor of Welsh History and Director of the Research Institute for Arts and Humanities (RIAH), which is home to The Richard Burton Centre for the Study of Wales, has painstakingly edited more than 450,000 words penned by Richard Burton. 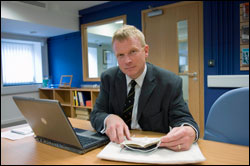 The resulting 704-page diaries publication, in which entries appear in their original sequence, with annotations to clarify the people, places, books, and events he mentions, are published this month by Yale University Press.

Speaking ahead of the event, Professor Chris Williams said: “I’m really looking forward to talking about Richard’s life and writing, with two people who feature in his diaries.  He grew up with Rhianon and he was at Oxford with Robert Hardy, so they both knew him before he became famous and they were friends for the rest of his life. 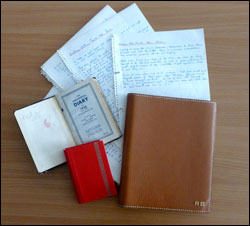 “The event at the Cheltenham Literature Festival marks the UK launch of The Richard Burton Diaries, which will be followed by events and talks in the US and Asia.

“Richard Burton was, and remains, a global name and I’m thrilled to have the opportunity to speak internationally about his personal diaries, which reveal the deeply cultured, widely-read, intellectual man he was.

“And I think he would have been very pleased as well.”

For more information on the Cheltenham Literature Festival, which runs from Friday, October 5 until Sunday, October 14, visit http://www.cheltenhamfestivals.com/literature.

The Richard Burton Centre for the Study of Wales forms an integral part of University’s Research Institute for Arts and Humanities (RIAH). The research institute brings together researchers and postgraduates across the College of Arts and Humanities to create a rich research environment geared to excellence and impact. Supporting areas of research strength across the College, the Institute provides an interface between high-quality researchers, external partners and user groups. Visit www.swan.ac.uk/artsandhumanities/riah/. 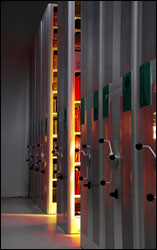 The Richard Burton Archives, located within Swansea University’s Library, is home to Swansea University’s archive collections including the Richard Burton Collection; the South Wales Coalfield Collection; the Raymond Williams Papers; and other major collections on the local area and the University. These collections provide a fascinating insight into the industrial, cultural, social, political and educational history of South Wales. The Archives has more than two kilometres of shelving available to store the University’s archive collections under strict environmental conditions; ensuring their long-term preservation. A designated reading room is also available for researchers to consult the collections.

The aim of the Richard Burton Archives is to preserve Swansea University’s archive collections and to make them accessible for current and future generations. It also provides support for the world-leading research being carried out by the University; while enhancing links between the University and the local community.

Swansea University’s Library is open to members of the public.