This event is organised by the British Science Association (South Wales Branch) in conjunction with the Institute of Welsh Affairs (Swansea Bay Branch) and hosted by Swansea University’s College of Science. 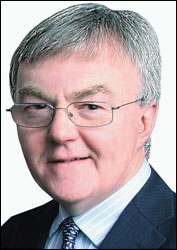 Title: “Science in Wales – an update”

Admission: Free of charge, all welcome. Refreshments will be provided.

On 11th November 2010 in Swansea and on 2nd February 2011 in Cardiff, Professor John Harries shared his early thoughts after a short time in his new post in Wales.

On this occasion he will describe developments over the past year which have informed the formulation of the new science policy of the Welsh Government, which was announced by the First Minister in mid-March.

Professor John Harries is Professor of Earth Observation at the Blackett Laboratory in Imperial College, London. A Past-President of the Royal Meteorological Society he was the first Director of the Space Science Department of the Rutherford-Appleton Laboratory.

He is the Principal Investigator of a climate monitoring instrument, which is currently operating in the European Meteostat Satellite Series in geostationary orbit.

In July 2011 he was awarded NASA’s Distinguished Public Service Medal.